You are here: Home / Dental Diseases / What is Micrognathia?

Micrognathia is a condition that is typically related to someone naturally having an abnormal smaller jaw. It is likely to be a resultant of generic or hereditary decent. Most cases of Micrognathia are detected while the victim is still an infant. It is fairly a common phenomenon. Micrognathia is likely to be noted by the mother. The mother of the baby may notice that the infant is not feeding properly. Very observant mothers have been able to detect Micrognathia occurrences on their babies at infant ages. Micrognathia may also be detected by use of medical examination. Medical procedures applicable include; Observation, Dental X-rays and Skull X-rays and Ultrasound. Its symptoms include; receding chin deformity, signs of apnea on infants and newborn babies, abnormal rapid breathing and increased respiratory rate.

Cases of this disorder are not tied to a particular occurrence. It may be hard to relate it to a particular regional area. It might also be hard to relate it to a particular people or race. It is a can only be termed as an abnormal defect with a general occurrence. All details and information used to draw conclusions point out to the fact that the defect is likely to be of generic or hereditary cause. This means that most cases of Micrognathia are inherited. Micrognathia defects are passed along to descendants of those who were diagnosed with the Micrognathia defect. The linage occurrence of this physical condition has been confirmed by medical research. 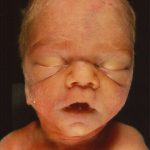 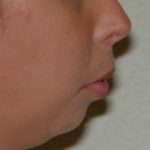 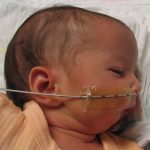 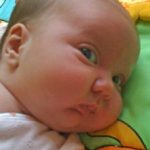 As a physical defect Micrognathia causes many problems that may be found to be very difficult to live with. The first problem is that Micrognathia prevents the tongue from growing properly. This is caused by the smaller sized jaw pressing the tongue to the roof of the mouth. Having a small jaw also causes the inability to hold the tongue in a forward position. This is because the jaw would be unable to place the tongue in properly normal position. The combination of having a small jaw and short tongue is likely to cause the tongue to block the airway. This limitation also causes respiratory problems that result to having regular or constant difficulty in breathing and difficulty in feeding. This condition may also result to abnormal alignment of the teeth. Micrognathia also denies the teeth enough room to grow.

Immediately after detecting Micrognathia, it is strongly advised to seek the consultation of an orthodontist. This is a doctor specialized with this kind of medical condition or physical defect. The orthodontist will first carry out a thorough medical examination. After the examination is carried out, it will be very important to get to know the facts. So the doctor will get down to asking the questions. The doctor will be very keen to note when the defect was detected. The doctor must also get to know the severe effects and the related symptoms. There has been quite a debate on the best medical diagnosis for Micrognathia cases. Orthodontists have organized many conferences to come up with consensus on matters related to the proper diagnosis for Micrognathia. But the most dominant procure is carrying out a surgical operation to correct the defect caused by Micrognathia.