Cosmetic Dentistry is no specialized course for a dental student, but when it comes to the treatment aspects and the patient’s aspect, Cosmetic Dentistry holds a different level and lately, there has been quite a lot of demand for the cosmetic dentists all around, for their way of treating people to make the teeth and smile look better. Below, we discuss how well the demand for the Cosmetic dentists is, in the western continent.

Cosmetic dentist – Makeovers on the increase

As reality TV makeover shows such as Extreme Makeover and Ten Years Younger, alongside dramas like Nip and Tuck prove cosmetic surgery is on the increase. As well as nips, tucks and lifts, the cosmetic dentist is just as central in this make over trend. There has been a huge increase in the number of people opting for cosmetic dentistry. It’s impossible to turn on the TV without seeing people being subjected to the scalpel and having a cosmetic dentist giving them dazzling smiles. The British Association of Aesthetic Plastic Surgeons said that the number of people opting for cosmetic treatments, from the extreme body surgery to the less intrusive cosmetic dentist work, has tripled. 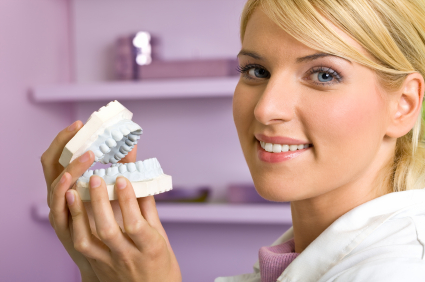 A good cosmetic dentist can change your look

Its clear many people are desperate to change their looks despite the risks. But choosing a cosmetic dentist is the safest way to change your image. Now teeth whitening procedures and cosmetic dentistry are safe and efficient. Choosing a good cosmetic dentist can change the whole shape of your face and the way you smile.
The number of people opting for porcelain tooth veneers has risen dramatically in a year, according to new figures.

Cosmetic dentists have never been so in demand as a result of the influence of make over shows and cosmetic trends. According to figures several years ago from the British Academy of Cosmetic Dentistry:

This trend is set to rise, with cosmetic surgery procedures in the UK in general going up by 66% between 2005-2009, and still going strong despite the ongoing recession.

The massive increase in veneers, whitening procedures and white fillings shows that the British are much more image conscious than ever before. White fillings are often the first step to further cosmetic dentistry procedures such as veneers which are extremely popular. The demand for a good cosmetic dentist is also down to the influence of the ‘American smile’ which has spread across the Atlantic.

PowerWhitening.co.uk are involved with cosmetic dental procedures on a regular basis, and play a substantial role in the UK cosmetic dentistry industry.